The day has finally arrived. My beloved comic book collection is slowly going on sale now, and the very first graded issue has been posted to the public. And would you believe it’s one of 1980’s biggest blue-chip issues: 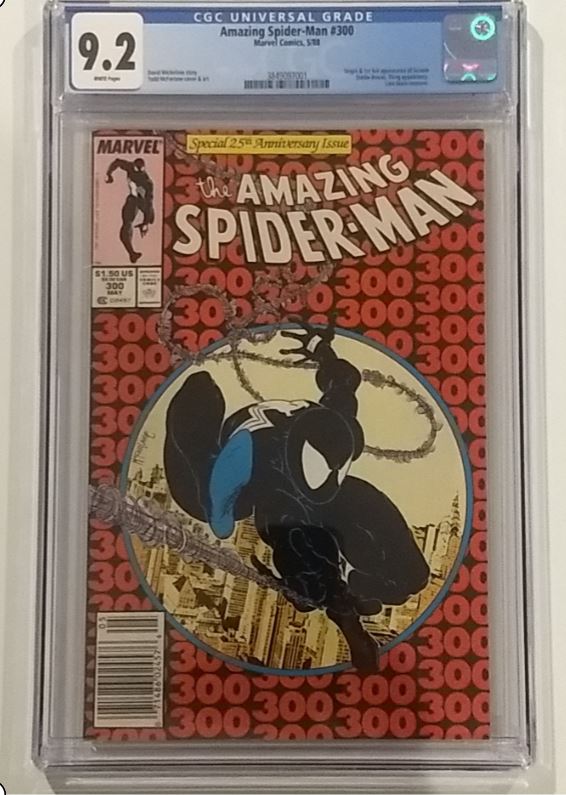 This issue is the 25th anniversary of The Amazing Spider-Man comic book series, published by Marvel Comics starting with issue #1 way back in 1963. Created by Marvel legends Stan Lee and Steve Ditko, the first Spider-Man appearance was in a minor comic book anthology series Marvel was publishing at the time, in Amazing Fantasy #15. Comic book history would never be the same.

Introduced in this short story is the tale of a shy teenage boy named Peter Parker. He gains extraordinary powers and creates for himself a suit appropriately designed for the spider-like powers he now has. As this timeless story plays out, we find out being a super hero does not make a person infallible. Instead of the hero always winning, Peter learns the hard truth: with great power comes great responsibility. 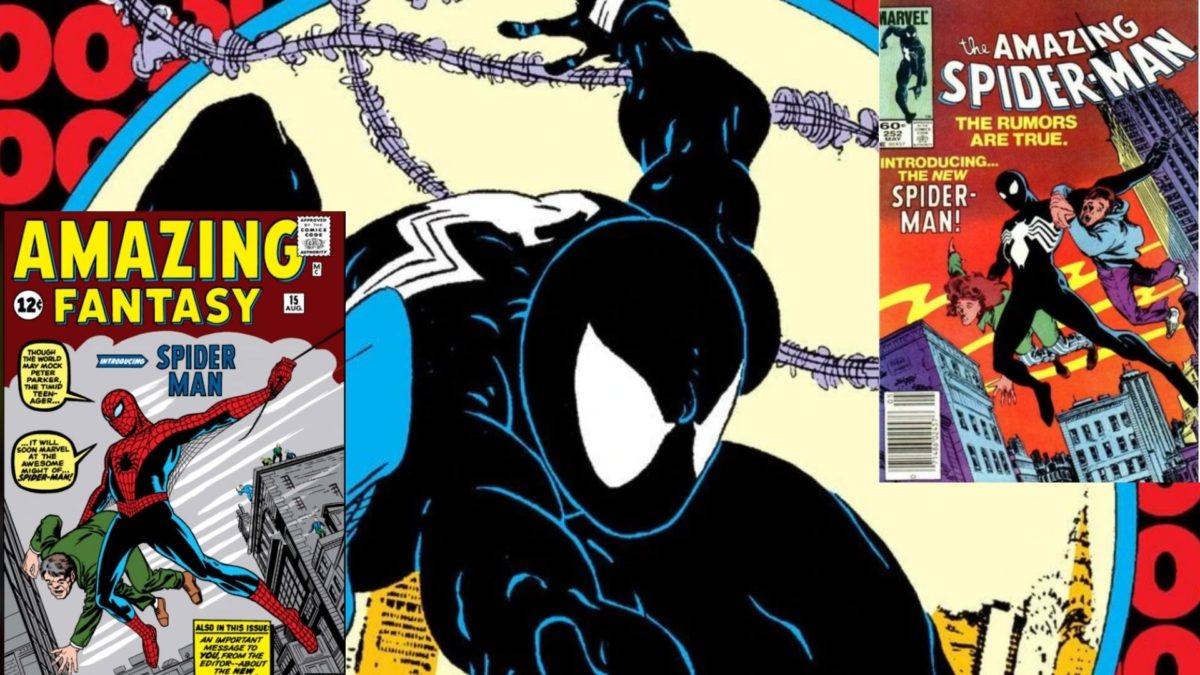 In 1984, Marvel Comics announced a massive change to their flagship character:

Spider-Man would be ditching his classic red and blue suit, to be replaced by a new all black suit.  This new suit burst on the scene in issue number 252, with a cover that would become an instant classic the day it was published. This suit would in turn become part of the Spider-Man story arc for years, as it was found to be an alien being, described as a “symbiote”, a sentient creature that has to bond with its human host in order to survive.

Amazing Spider-Man Volume 1, Issue #300 is considered the first full appearance of Venom, the anti-hero who would go on to become one of Marvel’s most popular characters of the 1990’s and beyond. Venom did have very brief appearances in the two previous issues, first as Eddie Brock in issue #298, and then again on the final splash page at the end of issue #299. But it’s in issue number 300 where readers find out that Spider-Man has a brand new, terrifyingly powerful enemy.

Venom would go on to have his own series, and over the years would become a wildly popular character throughout the Marvel Comics universe, appearing in animated TV shows, and now leading a movie franchise for Sony. Their 2018 release “Venom” would go on to earn a global box office of almost 900 million dollars. “Venom: Let There Be Carnage” will finally arrive during the fall of 2021, after several Covid related delays.

Along with all of the above, issue #300 includes just the third Spider-Man artwork by the comic book legend Todd McFarlane. During this time in the 1980’s, McFarlane was just starting out, but had quickly become a fan favorite. Over time, his work on Spider-Man would become legendary. Eventually, Todd McFarlane would go on to be part of a group that would launch a rival comic company named Image Comics, where Todd would create his most popular creation, the character and series called Spawn.

Pricing for the highest graded copies of Amazing Spider-Man #300 (CGC 9.8) are now exceeding $6000, and with Venom’s second film arriving this year, plus the potential for a Spider-Man and Venom cross-over in the future, this issue will forever remain one of the single biggest comic books of the modern era.

It is with both excitement and a bit of melancholy that this one will be leaving my home soon. Plucked off the shelf in 1988, I could never imagine this book would become one of the industry’s most sought after and popular issues.

Amazing Spider-Man #252 will always be the first time we see the black and white costume, making it a tremendously significant issue in the long multiple year arc that eventually will lead to the introduction of Venom.

But it’s in one of 1980’s most grandiose, ground breaking series where we discover exactly how Peter Parker would end up with the black suit in the first place: 1984’s Marvel Super Heroes Secret Wars Limited Series.

This 12 issue series brings all of the heroes and villains of the Marvel Universe together for the first time, forced to battle each other on a distant planet named Battleworld. During issue #8, Spider-Man stumbles onto what he thinks is alien technology, as a black glob envelopes his body and turns into the now iconic black suit. The rest, truly, is history.

Freshly delivered from the grading company CGC. I picked this up in 1984. It’s been safely tucked away since that time, and after spending months away from home during the grading process, it has arrived home and given a near mint grade of 9.8! How about that.

If interested in this comic book that will only grow in value thanks to the events of 2021’s Venom and Spider-man: No Way Home, it has moved on to the collectibles auction house Comic Link, where it is up for auction starting on January 7, 2022.

Here is the link.  Good luck for those going after this gem of a book. 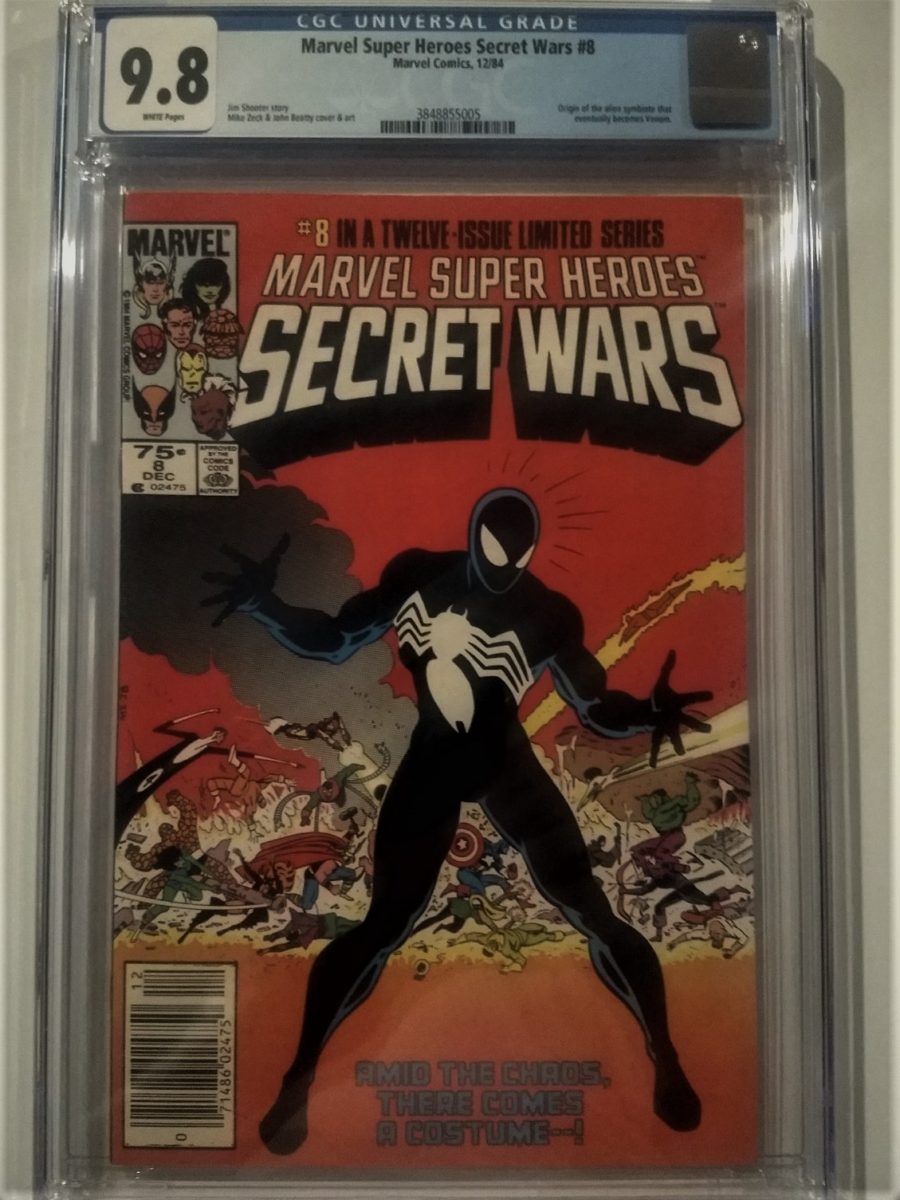 My Ten Year Comic Book Journey: What it was like collecting comics during the great comics era of the 1980’s.