As season five of AMC’s television series Breaking Bad neared it’s stunning climax, Vince Gilligan and his team of script writers provided the world with a parting gift on a level we may never see again.

It was the 60th chapter of a series that would end just two episodes later.

It is called: OZYMANDIAS 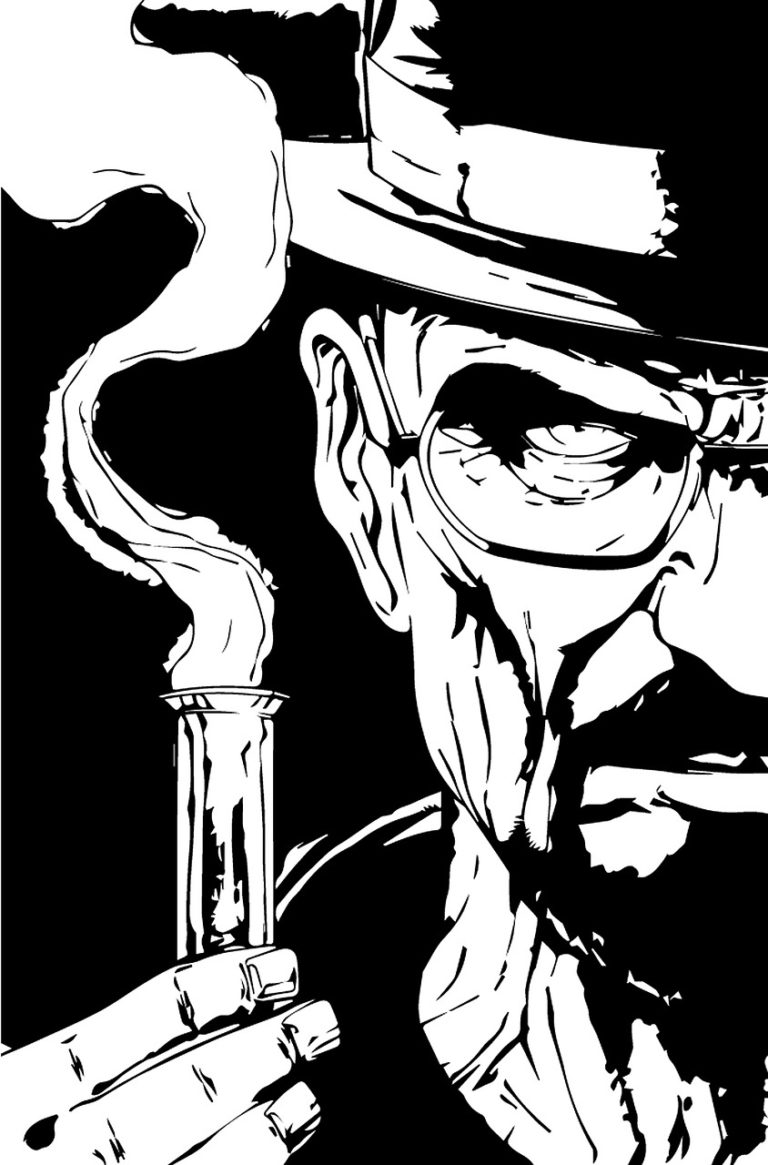 Walter White’s journey from a humble, ordinary high school physics teacher to the malevolent leader of a drug empire had gripped a worldwide television audience for five years.

As these final episodes were broadcast in 2013, the tension during the week leading up to the opening seconds of episode #60 had reached the breaking point.

I met a traveler from an antique land

Who said: Two vast and trunkless legs of stone
Stand in the desert. Near them, on the sand,

Half sunk, a shattered visage lies, whose frown,
And wrinkled lip, and sneer of cold command,

Tell that its sculptor well those passions read

Which yet survive, stamped on these lifeless things,

The hand that mocked them and the heart that fed.

Ozymandias is the Greek name for the Egyptian Pharaoh Ramsessas II. The sonnet is the story of the statue built for a king who once thought himself immortal; a statue that is now nothing more than a pile of crumbling ruins. It’s about the arrogance of power, the ruler’s inevitable decline, and death.

Just prior to the initial showing of this episode, Walter White himself will tie the story of the deceased pharaoh’s statue directly to the universe of Breaking Bad.

Leading up to this episode, the Breaking Bad five year story arc was coming together into this single television presentation. The final two episodes were still scheduled to played out, but it was in this 48 minutes of time where all of the central storylines would come together into one truly unforgettable television event.

Brother-in-law and DEA agent Hank Schradar is trapped in the desert with Walter’s minions, a gang of murderers and thieves. Hank is injured and completely out-gunned. Walter and Jesse Pinkman are there also, with Walter in handcuffs, and Jesse desperately trying to stay out of sight, looking for an escape route in the middle of the barren desert.

Despite her efforts to hold the chaos together together, Skyler White‘s life as she knew it was over. Hanks’ wife Marie knows everything, confronts Skyler, and forces her to tell the truth to Walter Junior. It was now only a matter of time before the entire story of the high school drug lord was going to burst across the entire national landscape.

Without a commercial break (you do remember those don’t you?) and without any opening credits, the first 20 minutes bludgeoned the viewer. Hank is shot dead, uttering the famous line to Walter moments before the bullet is fired:

“You’re the smartest man I know, and too dumb to realize he made up his mind ten minutes ago”.

Jesse does not get away. It’s Walter who sees him hiding, and it’s Walter who points out his hiding place to the men.  As if things couldn’t possibly get any lower for Jesse, the writers pick this exact moment to have the awful truth finally revealed.  Walter tells him directly that “he was there” when Jesse’s girlfriend Jane choked to death on her own vomit. He was there…and did not save her.

Walter’s 80 million dollars of cash is taken away; he’s left there by the crew with nothing but whatever is left of his humanity, and one barrel of cash they mercifully let him keep. He is forced to walk across the desert, buys an old car from a stranger on the outskirts of town, and drives back to his house in a fit of rage and despair, where the next level of true chaos is unleashed.

This leads us to what can only be described as the most stunning, soul crushing ten minutes of television ever filmed.

And on the pedestal these words appear:

‘My name is Ozymandias, king of kings:

Look on my works, ye Mighty, and despair!’

Nothing beside remains. Round the decay

Of that colossal wreck, boundless and bare

The lone and level sands stretch far away.

Skyler and Junior burst into the house while their husband and father desperately is packing up whatever he can find. He screams at them to help with packing and get into the car, not even listening to his son’s crying and pleading for his father to tell him that everything he has heard can’t possibly be true. His beloved father cannot possibly be the monster his mother has described to him.

“Skyler…. I have $11 million dollars in cash right outside.  We can have a fresh start. Whole new lives.  All we have to do….is go.”

There’s a long list of television moments that bear repeated viewings. And there are scenes that we all remember well, and can recite over the water cooler, or an internet message board. But there are very few scenes in our television history that can move you to the point of complete submission, incapable of functioning beyond the simple ability of standing up in order to gather your wits and comprehend what you just witnessed. This was one of them.

Here is the scene. Watch how the family is destroyed in seconds, as the finality of what they are confronting rips them apart. Walter pulls their baby from her crib, as Skyler (and the television audience. And this writer!!) bursts into tears. She frantically runs after his car as it careens away; the television screen is filled with Skyler’s striking expression of absolute horror and desperation.

While these incredible series of events filled up the majority of the television time for this episode, we still had one more classic Walter White/Heisenberg moment left to play out.

What a great piece of writing it was.   It’s a fantastic and final interplay between the two central characters of Breaking Bad’s five-year run.

With the authorities obviously bugging their home phones, Walter slyly uses this opportunity to take away at least some of the blame from his wife.

Walter White has lost everything, but he keeps working every conceivable angle, extending an olive leaf to his wife that she eventually recognizes and pounce on. It’s a desperate performance, but even in his lowest possible moment, Walt provides a slight flicker of hope that some fragment of humanity remains.

The International Movie Data Base (WWW.IMDB.COM) viewer rankings had Ozymandias ranked at a perfect 10 within the first few days of it’s 2013 initial showing. It would remain at a score of 10 for almost three straight years, where it eventually slipped slightly to a 9.8 for a short time. As of May 2020, it is again ranked with a perfect score of 10, with more than 100,000 user votes counted.

To compare, episodes 59 and 61 are all ranked with scores of 9.7 or better, but these two episodes ‘only’ averaged 25,000 voters. But here we have a single episode with four times the voters, and virtually 100% of them are giving it a perfect score! These are seriously stunning numbers.

Yes, this was an episode of prestige television that deeply touched a massive, global television audience, without a doubt. With the release of the final two episodes, “Granite State” and “Felina”, the Breaking Bad series had completed it’s story of the world of Walter White. It is considered the ultimate ending, a climax that all future television series would be measured against.

Now, more than half a decade later, there is a new story to be told. “El Camino” has been released globally on Netflix on October 11.

It’s the story of Jesse Pinkman’s life immediately after the events of the final episode, and it’s two hour story is another great piece of story telling by Vince Gilligan and his team.