“Black Mirror“, named for the silent, cold screen of the personal device you likely are using right now, reminds us that technology can be enormously beneficial, but often produces a cruel, unforgiving society. 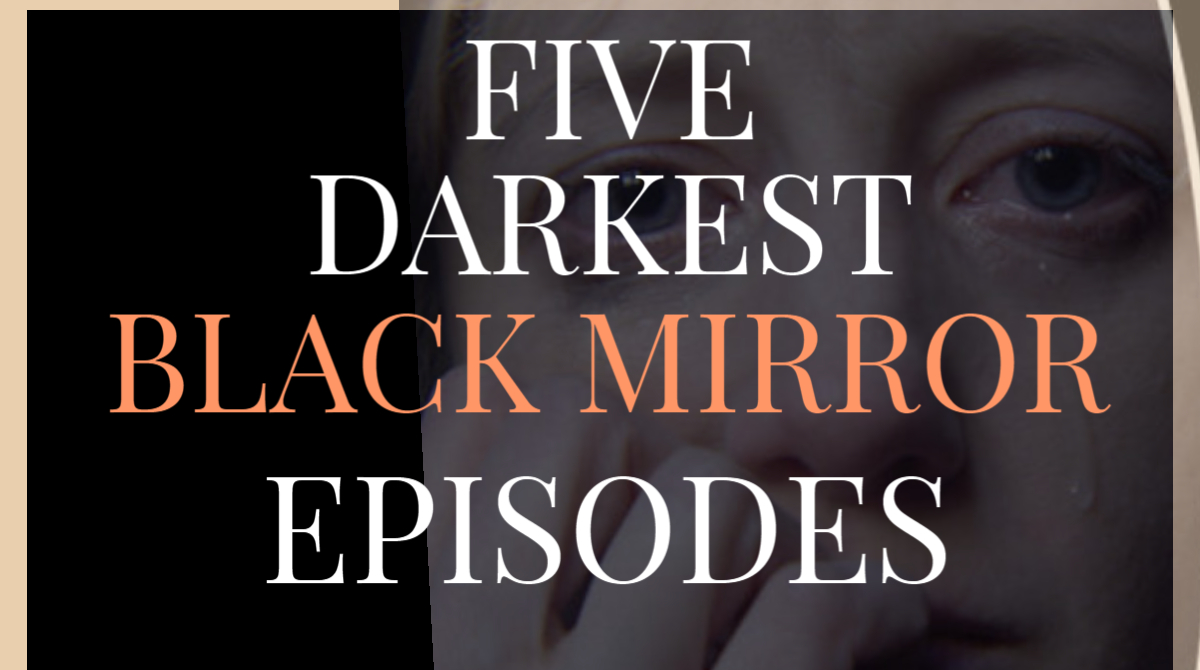 As of 2019, there have been five seasons and a total of twenty-two episodes. Black Mirror also released its first attempt at an interactive movie in 2018, “Bandersnatch”. This would win multiple awards in 2019, including an Emmy award for the Outstanding Television Movie of the year.

Let’s plunge into the five most chilling, perverse, and mind-numbing episodes.

There will be some spoilers, but I will try to keep these to a minimum.

THE ENTIRE HISTORY OF YOU - SEASON ONE, EPISODE TWO

Imagine a world in which Google tracks every moment of your life, recording it and saving it in perpetuity, until that moment in time when you want to reference it, view it, show it off to others. Does this sound familiar? Now imagine everything you see is a video recorder, capturing every second of your life, available for replaying over again for anyone capable of accessing it.

This episode doesn’t take long to provide little fragments of evidence on how this type of technology can have dire consequences. During a dinner party event, our male lead in the show observes…..issues with the way his wife interacts with a particular dinner guest. They end up inviting this person to their house for a nightcap. Needless to say, things go downhill quickly.

As we know only too well in today’s court of public opinion, video evidence does not lie. And a time-stamped video from the past most certainly will tell quite a story for someone capable of finding it.

This was only the second episode of the first season, but it was very clear this show was not going to be afraid to go down some very dark paths.

Creator and writer Charlie Brooker once stated: In our stories technology is never the villain. In this case, it will be up to the viewer to decide who the real villain of this story is.

In this Black Mirror world, we have a product named the ‘recaller’. It allows detectives and researchers to look at people’s memories, making them come to life digitally on a video screen. In large part due to this technology, we also have a cold-blooded killer, a woman who has to murder an entire family in order to maintain her ghastly hidden secrets.

Grim, stark, and unsettling, ‘Crocodile’ is truly a gut-wrenching adventure. As one death leads to another, we recognize that this spiral slope of misery is not going to end well for our main character.

It’s a testament to the skills and storytelling capabilities of the people behind Black Mirror that we have to acknowledge one immutable fact, profoundly fitting for the world we live in today: we simply cannot take our eyes off the screen.

Season Three was one of Black Mirror’s best seasons, and features some of the darkest episodes and topics. At the top of the list is Shut Up and Dance, starring Alex Lawther (End of the F*** World).  He plays a teenager forced to take on dangerous tasks because his computer is (of course) watching him as he navigates through the internet’s darkest realms. The faceless entities text him, announcing they’ll release the video to everyone he knows unless he does as he’s told.

He meets other people who have been appropriated by this same relentless internet conspiracy, all forced to do dubious and dangerous activities they must perform in order to protect their secrets.

The tension in this episode escalates quickly to the point where the viewer becomes spellbound by the actions the boy is forced to take. The intensity is almost unbearable to watch. A simple conversation inside a moving vehicle turns into a relentlessly compelling scene that leaves you gasping for air. Events go so far down the misery rabbit hole that it’s a relief to hear the gloriously haunting sounds of Radiohead’s “Exit Music (for a film)” emanating from your television’s speakers as the episode’s climactic scene play out.

In the end, all of the character’s stories are wrapped up, with the closure of the main storyline trumping all of them with the most debilitating finish imaginable, making this one of Black Mirror’s darkest episodes.

A decidedly depressing story hidden behind the facade of perfect people living in a perfect world, Nosedive hits a little too close to home.

This is a world where today’s Youtube and Instagram influencers have taken over the world. Simply shutting down your phone to escape social media bombardment is no longer an option.

In this cold world it’s your social media rating that awards you access to the best cars, the most luxurious travel destinations, the perfect apartments and neighborhoods.

No matter what type of day you’re having, keep that smile on your face. Every human interaction you have requires you to keep up that robotic appearance or you will risk the dreaded and debilitating ‘down’ rating.

Black Mirror’s ability to use current technologies and turn it into a nightmare scenario is once again on display on Nosedive, and this time we have real-life examples of it. China’s Social Credit System is active, and is being used to punish citizens during the 2020 Covid-19 pandemic:

According to Chinese tech news site Abacus, Beijing authorities announced that citizens entering the city from overseas who don’t disclose symptoms or relevant medical history pertaining to coronavirus will have their social credit score docked.

People with low credit scores can be placed on public blacklists, banned from booking train and train tickets, and barred from buying property.

This “White Christmas” episode was a one-off event released on December 16, 2014, a special extended-edition episode released to the people of England clearly for the sole purpose of numbing them into submission.

For friends new to this series, this is the one I will always recommend as a starting point. If you manage to sit through these 90 minutes and can appreciate what you just witnessed, then, yes, you are indeed worthy and capable of watching the remaining twenty-one episodes.

We are introduced to their world of ‘cookies’: digital clones of a human mind transported into an egg-shaped device, to be used as your slave for such mundane activities such as turning on lights or starting a toaster. A sort of ‘Alexa’ technology, except inside it is a perfect copy of the human mind. A fully-functional copy, with all of the emotions and intelligence of the original person. What could possibly go wrong?

There’s no getting around it: this is a spoiler alert, as the climactic events of this episode have to be described here.

“White Christmas” concludes with the main characters ‘cookie’ confessing to his crimes of murder, banishing his human self to prison. The officers-in-charge are left to debate how to deal with the guilty party’s digitized cookie.

They set the timer on the device to play out at the rate of one thousand years for every sixty seconds of real time. Yes, to be clear: ONE THOUSAND YEARS. PER MINUTE…. for this being residing inside the egg.

The episode closes with a view inside the egg, where the man will be hearing the same Christmas song over and over and over again, for how many years? Thousands, tens of thousands. Do NOT do the math.

This one will stick with you for weeks at a time, though I can attest quite strongly that the episode never actually leaves you. Someday you’ll be doing laundry, or driving to work, and will suddenly remember: “Oh, right…that episode happened. I’m now going to be totally useless for the rest of the day.”

The technology of the Black Mirror universe is not quite here yet, and some of it does stretch the limit of believability. But if you appreciate rich storytelling with relentless somber twists, these episodes should be a permanent part of your Netflix library.

Just remember that a recovery period is a prerequisite for surviving the experience.

Besides the fact these episodes are examples of the bleakest moments of this award winning series, they are all very much worth watching. If you like your programs dark as much as I do, then these are certainly perfect for your tastes.

In terms of ranking just these five episodes overall, it’s a difficult task, but I’ll go with:

Radio’s Exit (Music for a Film)

Extreme spoilers for the episode “Shut Up and Dance”

The Big Lebowski Funko Pop! Its the Dude!

Available on EBAY: Its the Dude. From the Big Lebowski, this Funko POP action figure can be purchased now on Ebay.
Take me to this ebay offer
elink.io