Sipping and Streaming presents:
What can happen to an old fashioned ....when It's a Mad Mad Mad Mad World

Celebrating moments in time when pop culture and adult libations converge to create the perfect union of entertainment and spirits.

The definition of a classic drink, the Old Fashioned is a simple, no frills cocktail made long before the word ‘cocktail’ was even part of our lexicon.

The Old Fashioned was quite literally given it’s name in bar rooms of the late 19th century by customers who simply preferred their drinks the old fashioned way, free from all of the exotic mixes that were gaining popularity in the 1880’s and 1890’s.

A drink with this type of history is going to have many variations, and we’ll try to present several easy, interesting and of course very tasty options here. The key ingredients as you’ll see are bourbon or a rye whiskey, a sugar cube or syrup, an aromatic bitter, and ice.

While this cocktail has made it’s into pop culture many times, with AMC’s Mad Men using it extensively throughout it’s seven seasons, one of the all time greatest and funniest uses was in the truly classic comedy film of the 1960’s, “Its a Mad Mad Mad Mad world”.

Released just two weeks before the assassination of President Kennedy, renowned director Stanley Kramer (The Defiant One, Inherit the Wind, Guess Who’s Coming to Dinner) was determined to make the ultimate comedy.

He would create a critical and commercial success, a hysterical epic comedy with a massive cast consisting of actors and comedians from every era, from Sid Caesar and Jonathan Winters, to Jimmy Durante and Jack Benny.

A group of strangers converge on the scene of an accident. They’re told that $350,000 (“Three hundred and fifty G’s!“) is buried under “the Big W” of California’s Santa Rosita State Park. The madcap race is on as this group, and many more, all go through a series of misadventures on their way to Santa Rosita.

This brings us to our three central characters of this cocktail imbued chaos.

Buddy Hackett is Benjy Benjamin and Mickey Rooney is Ding Bell (Yes…Ding Bell). Their big plan is to hire a private plane and get to the cash long before everyone else. It seemed like a good idea at the time.

Once they make it to the nearby airport, who do they find available to fly one of the planes? Prior to his days as Mr. Thurston Howard the Third from TV’s classic 60’s program Gilligan’s Island, Jim Backus was a long time radio and movie star. For this film, he played the perfect role: a perpetually drunk member of high society.

Here’s where pop culture and libations converge in a way we hope only happens in the movies.

As they depart the airfield, Jim barks at Mickey Rooney to get him a drink, setting the tone for the rest of this remarkable sequence:

“Just press the button back there marked ‘booze’!”

This brings us to one of the most perfectly executed scenes in movie history.  It truly never gets old.

The pilot is not happy with the drinks being made.  They are “too sweet”.  So, he has no choice but to make them himself, and hands the reigns of piloting over to a stunned Benjy Benjamin!

“Now i’m going to make an old fashioned the old way, like my dear old dad used to do.”

Benjy, screaming and deservedly panicking:  “What if something happens??!”

“What can happen to an Old Fashioned?”

This line is perfect because: A: it truly is a fact, and B: the manner in which he says it was so unique, no one on Earth at the time could have delivered it better than Jim Backus.

Here’s the entire scene, for your viewing pleasure. Look at how well each of these brilliant actors do what they do best: 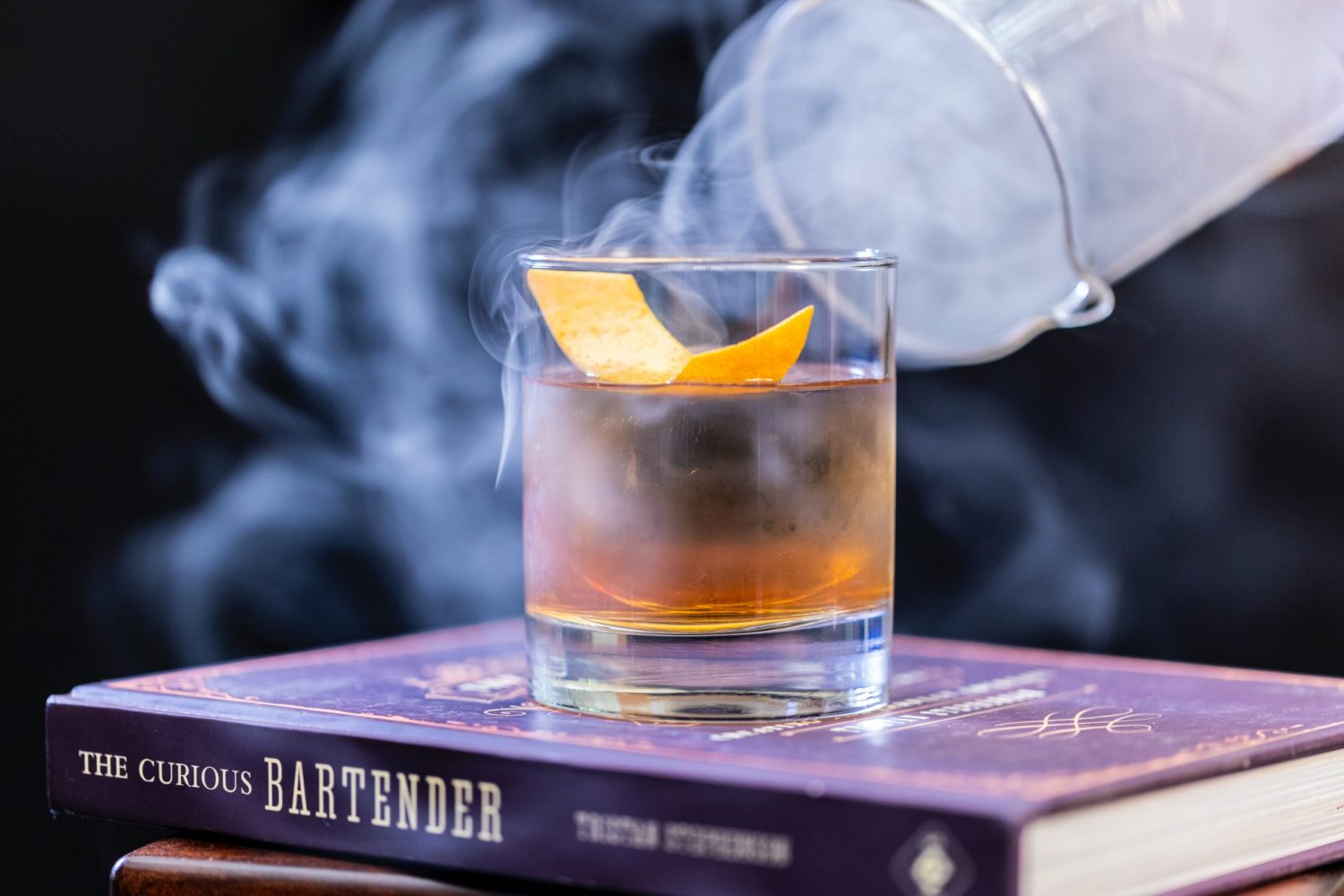 This classic drink has two preferred variables: use either a rye whiskey or a bourbon to make this fine drink, so choose your favorite and you are ready to go. The ideal glass is of course the type of tumbler named for the drink, the Old Fashioned, or lowball, glass.

One key ingredient for making the perfect version is the ice.  Use a large cocktail ice cube, instead of standard smaller cubes, or else you end up diluting your drink.

Our recipe for concocting this concoction:

One of the following is always required: a sugar cube, 1 tablespoon of granulated sugar or a simple syrup. Below you’ll find a handy link for do it yourself syrups.

Rub the orange peel on the inside of the glass and along the rim for added flavor. Place sugar in glass and saturate with the angostora bitters and stir adding a little bit of water until well blended.

Add a bourbon, stir and add a large ice cube and garnish with the orange peel.

Alternatively, you can use a simple syrup in place of the sugar. Follow the recipe above, but after rubbing the orange peel on the glass, place 2 tsp. simple syrup, 1 tsp water and angostora bitters in glass and stir well. Follow remaining steps.

It is as simple as that, and is always good, with just enough taste of the orange and the bitters to create the perfect drink “just like my dear old dad” used to make. 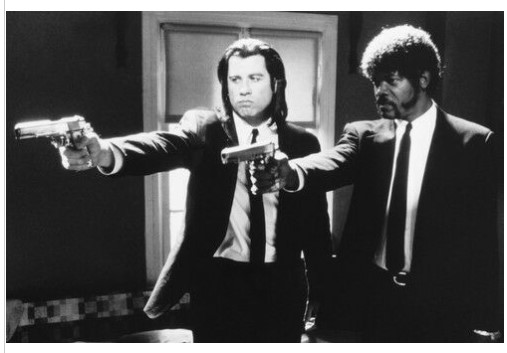 Back to the Home Page

2 thoughts on “Sipping and Streaming Presents: “What can happen to an Old Fashioned””